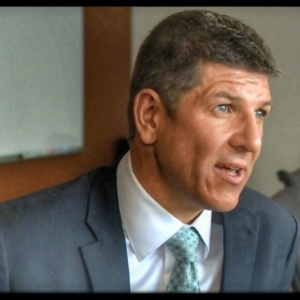 Dr. Phil McRae is an Executive Staff Officer with the Alberta Teachers’ Association and Adjunct Professor within the Faculty of Education at the University of Alberta where he earned his Ph.D. He was the Director of the internationally recognized Alberta Initiative for School Improvement (AISI) at the University of Alberta from 2005-2009, and taught several graduate courses in the Master of Education in Educational Studies program. Phil has worked in many secondary and post-secondary educational contexts while living and teaching in the Middle East (United Arab Emirates), Asia (Japan), Europe (Spain), and in Alberta, Canada with the Lethbridge Public School District and at Red Crow College with the Blood Tribe (Kainai First Nation). The Blackfoot gave him the name Áípapomm, which means lightening.

Phil is the past winner of the Alberta Excellence in Teaching Finalist Award, the University of Alberta’s Queen Elizabeth II Doctoral Scholar Award, Minister of Education’s Innovation Award, and the ATA Provincial Educational Research Award.  He represents the teaching profession and field of education on several provincial and national committees and as Director on several Boards.