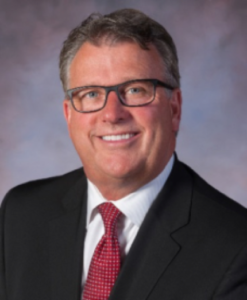 Past Chair, CMEC & Minister of Education, Early Learning and Culture

In January 2016, Minister Currie was sworn in as Minister of Education, Early Learning and Culture. At this time he led the Department’s restructuring, created the Public Schools Branch and established a new advisory model to give all education partners more opportunity for input in the education system.

Minister Currie was the lead Minister (Chair) of all Education Ministers (CMEC) Ministers of Education Canada and also co-chair of the National Early Childhood Framework with Federal Minister Duclos who is the Minister responsible for Families, Children and Social Development in Canada. Prior to entering public office Doug was in a variety of leadership roles as school administrator.